Urban Smart Projects aim to grow a city’s culture by engaging members of the community to share their personal inspirations and art with their city, making it brighter whilst attempting to reduce the risk of graffiti. In 2017, they released 200 new traffic signal boxes in Brisbane alone, which were snapped up upon their release online in just under five minutes!

The team from Cork & Chroma Brisbane got involved and painted a box that sits near the Treasury Casino, at the intersection of  Charlotte & George street in the Queensland capital’s CBD.

The inspiration for the idea came from the proximity of the Treasury Casino to the traffic box, combined with a pack of playing cards and iconic artists of the 20th and 21st centuries. The result and title of the traffic box mural is ‘The Creative Royal Flush’, whereby Cork & Chroma’s pick of inspirational artists feature as the characters for the top tier of a deck of playing cards.

The C&C Team chose artists they frequently draw inspiration from and created the iconic mural with Frida Kahlo as the Queen of Hearts , Vincent Van Gogh as the King of Hearts, and Salvador Dali as the Jack.

If this sounds like an initiative you’d like to participate in, you can find out more about painting a traffic box here. 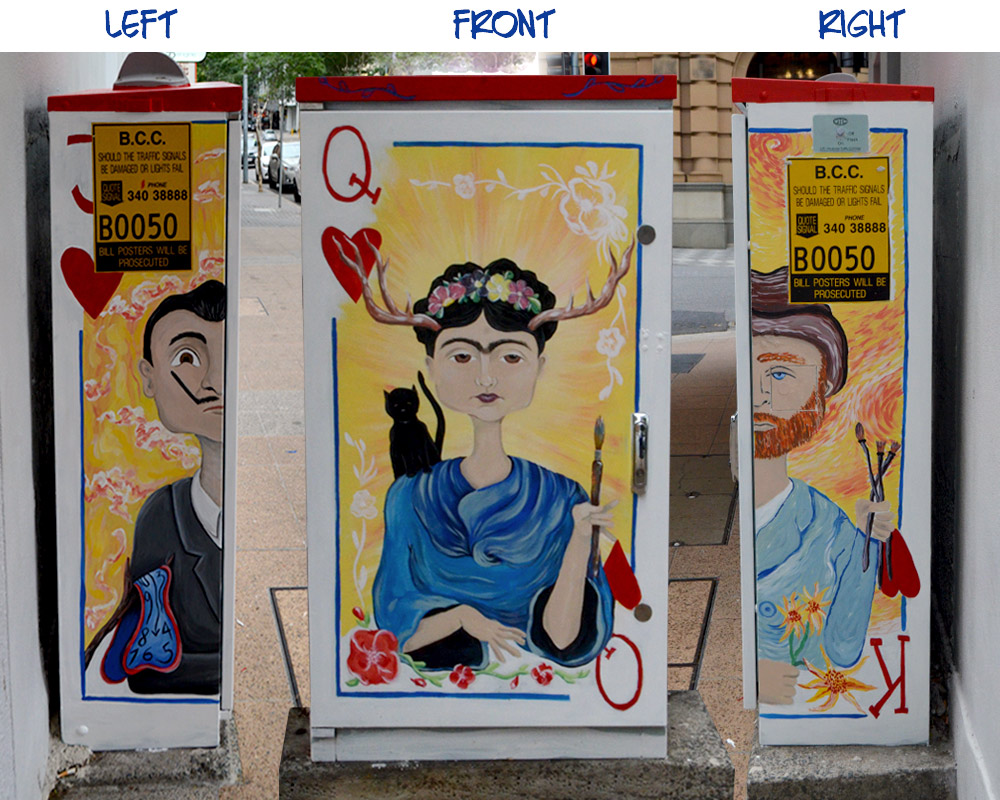 You Have Everything You Need