You Have Everything You Need

Home » Blog » CULTURE » You Have Everything You Need

Hillary Wall and her team at Cork & Chroma are passionate about inspiring creativity in others. They are curious about the creative process, that turbulent rollercoaster with it’s ups and downs. So daunting, thrilling and captivating.

‘You Have Everything You Need’. Perhaps you have heard this saying before, but have you ever applied it to the notion of creativity?

Are some people more creative than others? Are we all capable of meaningful creative output? These questions were at the forefront of Hillary Wall’s mind as she set out to create the design of her second Urban Smart Projects traffic box. Hillary saw this statement as a great, thought-provoking message for commuters to muse on as they go about their day. The punchy splashes of primary colours were deliberately chosen to capture the viewer’s attention. Bright colours can spark nostalgic memories of when we were young. As when children’s eyes are developing, they are naturally drawn to bold colours, and colour is one of our initial portals to distinguish objects and make sense of our surroundings.

Overlaying the bright patches of colour, are hands poised in strange configurations. The black shadow behind each hand shows the creature exposed when folding fingers in such a way – just like ‘shadow-puppets’ you created as a child. 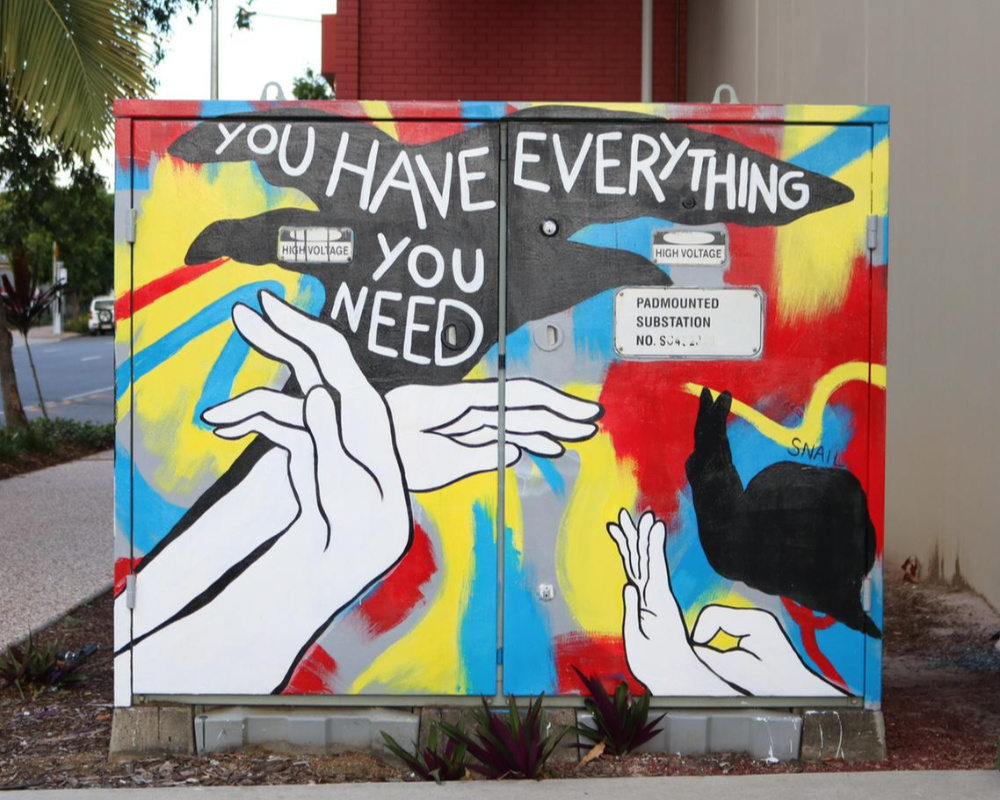 Hillary says, ‘The nostalgic, childlike impulse of making creatures out of a shadow is a reminder that creativity is accessible and doesn’t require much beyond what we already possess’. Before you go to bed tonight, put your phone down and give this a go; make some hand puppets using your bedside lamp. What stories or memories arise from the menagerie of different creatures you bring to life on your wall? And when you embark on your next creative project or when you get out of bed tomorrow, pause for a moment and consider the simple fact that you have everything you need.

Creativity begins, where you are.