Last month Cork & Chroma hosted their first STUDIO SLAM! A company-wide team challenge hosted live across their three studios in Brisbane, Sydney and Melbourne. The brief was to create a wearable art piece from whatever materials they could find in their respective studios. The theme: Intergalactic Noah’s Ark.
Each team was granted 15 minutes to discuss the theme and delegate roles. They then had 90 minutes to create their design and 10 minutes to present it to the judges, B.J. and Hillary. The criteria for the challenge was innovation, imagination and execution.

Three cities, three studios, only one will reign supreme! 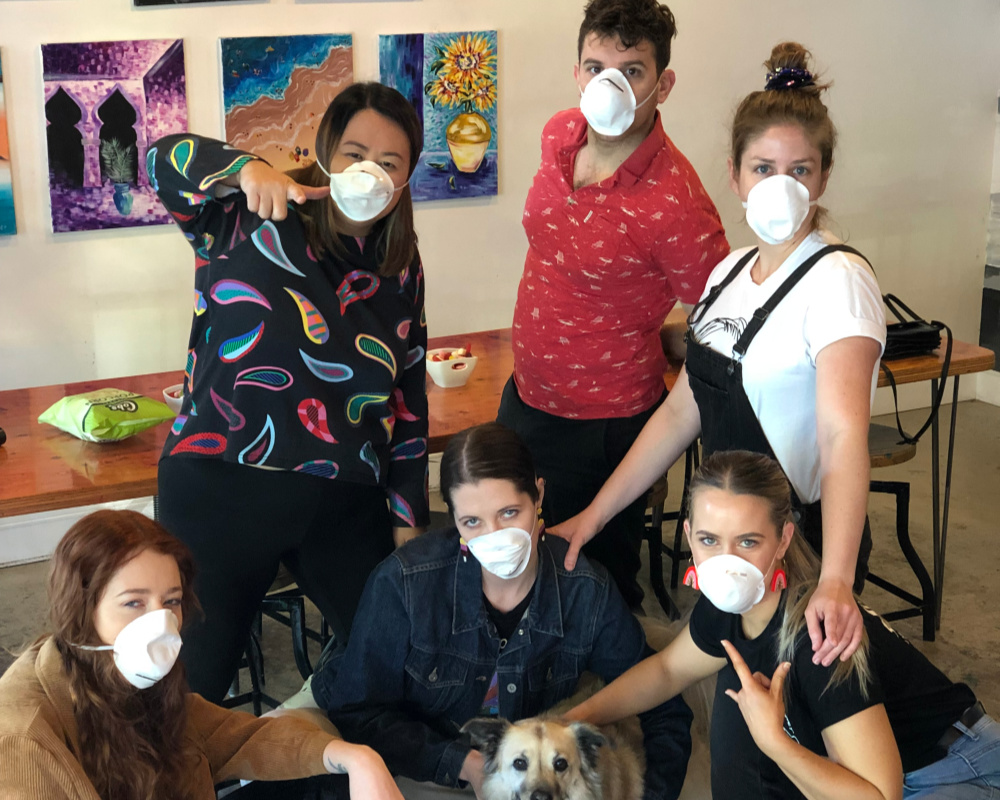 A few members of the Brisbane Studio Slam Team.

It was an epic morning. As a member of the Melbourne team, I was so impressed with how well we worked together. From the moment the timer started, ideas were flying and the adrenaline was pumping. Our approach was; let’s rock this challenge, we’re going to win! There was a feeling of urgency and excitement to have our ideas realised (our team has a reputation for being a little competitive). Everyone encouraged each other’s contribution and all decisions were made as a group. The team spirit was shining bright, we were on fire. We finished our wearable art piece in the nick of time, feeling proud as punch at what we had achieved. During the presentation, as the Brisbane and Sydney teams were showing their work, I was astonished and moved. The art created that morning was impressive, the Melbourne team were facing some fierce competition. Each team had worked so well together using their imaginations and unique skills, that suddenly I wasn’t so sure we would win. We all agreed it was going to be a tough call for the judges. The emphasis on winning fell away, in fact, we had all won. We had made incredible art, strengthened bonds in coming together as a company and nation-wide team. I was filled with joy for the rest of the day, riding that high you get when you have created something out of nothing with people you like.

Creating original and imaginative art simultaneously across Australia was inspiring. Even though I haven’t met all of the artists in the company, I definitely feel more connected to them. I have a newly formed appreciation for the creative flair each of us contributes to Cork & Chroma.

And… for the record, the Melbourne Studio Slam Team reigns supreme! *smirkface*

Until next time, Brisbane and Sydney!